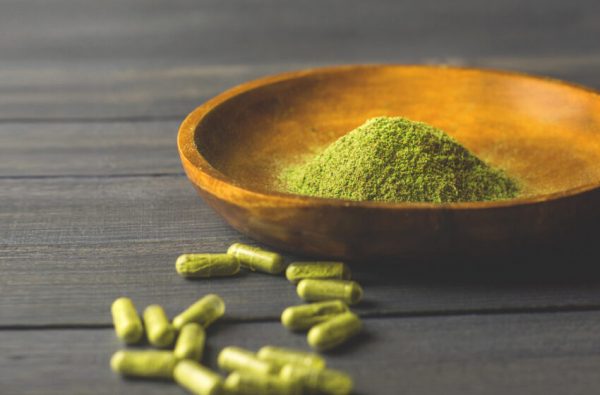 Kratom in pure powder form is a wonderful botanical and its beneficiaries can strongly attest to its usefulness. Nevertheless, combining the Kratom leaf with various other natural substances offer many great benefits. It may enhance its effects beyond recognition. One of the popular spices to mix with Kratom is Turmeric. A member of the ginger family, this yellow powder can be employed to flavor and color Asian cuisine or can even be used as a fabric dye.

Both, Turmeric and Kratom, have incredible health benefits in their own rights; however, when combined, their mixture can become a potent medicine for a variety of ailments. If you know how to use kratom, you can enhance the benefits by using Turmeric properly. Read on to find out what happens when you mix Kratom with Turmeric and how to do it.

Turmeric and its Health Benefits

Owing to its spicy bitter taste and bright color, Turmeric is commonly used as a spice to flavor cheese, mustard and stews. Most importantly, in addition to the culinary and textile applications, Turmeric root has been used as a traditional medicine for hundreds of years in Asian cultures to relieve inflammation caused pain.

Inflammation in muscles or ligaments causes pain in strained bodies. Curcumin, the primary active component of the yellow aromatic spice, can reduce the inflammation all over, including ligaments or muscles, by blocking COX2 enzyme which produces pro-inflammatory prostaglandins. Additionally, curcumin decreases the concentration of a protein called NF-kB which is what releases pain-inducing chemicals in the body.

Although the curcumin content in turmeric isn’t extremely high, the spice can still be used to provide relief from mild pain, especially if inflammation is the culprit.

Here are a few extra health benefits of turmeric:

Kratom and its Health Benefits

Sharing the Rubiaceae plant family with Coffee, Kratom is a dried and usually powdered leaf that comes from the Mitragyna Speciosa tree. The greens of the plant contain a variety of alkaloids, most notable of which is mitragynine. In concert and at proper doses, they work similar to morphine, sans most of the nasty stuff associated with the latter. The growing conditions and the drying technique, as well as the amount of the leaf ingested, determine the alkaloid profile i.e., how similar their spectrum will feel to the classical opioids. The range of effects is so wide that at equal serving sizes one Kratom variety can be stimulating while another one puts its users to bed in no time. Despite this, the pain-relieving properties are ubiquitously present, albeit in smaller degree with the more energetic effects.

The kratom medicine has incredible pain-relieving effects and it can also be used to treat:

There are a variety of kratom “strains” which, with few notable exceptions, tell more about their origin, rather than about the effects you might expect from them. On the other hand “colors”, such as White, Red and Green help to navigate people towards a more precise solution to a multitude of ailments and circumstances. Most notably, kratom can be used to wean people off of morphine, heroin and other opioid drug addictions. There is also evidence that kratom can be used to treat ADHD, as well as combat dependency on non-opioid depressant drugs of abuse like alcohol and benzodiazepines.

Why Combine Kratom and Turmeric?

The concept of mixing two or more substances to increase their bioactivity is called potentiation. Both turmeric and kratom are used to relieve chronic pain and reduce inflammation. While mixing the two products can create a more multifaceted pain-relieving substance, it is not the sole reason why people combine them. The main benefit of this Kratom potentiation is the ability to use less of the Kratom powder, which will make it last longer and may even reduce some of the unwanted side-effects from high doses of the alkaloids.

Since Tumeric and Kratom are seldom sold on the same shelf in vitamin/health shops, or at all, it may be inconvenient to seek them out separately. Luckily, the online retailers like Mount Kratom, offer a wide-ranging variety of the Kratom leaf and dietary potentiators like Turmeric in the same convenient location.

Once the kratom alkaloids survive the inhospitable environment of the stomach acid and reach their next stop in the liver, the cytochrome P450 enzymes begin metabolizing the precious compounds by adding and/or removing parts to them as they are absorbed into the bloodstream. Some of the alkaloids become inactive due to these changes which results in a shorter duration of Kratom’s effects, as the overall amount that makes it to the brain is reduced. Incidentally, the curcumin in turmeric is preferentially targeted by the same enzymes; therefore, ingesting it along with the Kratom powder helps slow down the metabolism in the liver, providing a longer lasting and more powerful effect.

How to Mix Kratom and Turmeric

There are two ways you can combine kratom and turmeric. It will depend on personal preference and what works best for any particular person’s biology. Here are two methods to try:

If the metabolism rate is not especially high and your liver is relatively healthy, consume two turmeric capsules (500mg each) 15-25 minutes before taking kratom on an empty stomach.

This will preemptively block most of the cytochrome P450 enzymes, providing the maximum bang for the buck.

If the metabolism rate is high, or liver health is of concern, mixing two-thirds of turmeric with one-third of kratom and consuming the mixture with drinks or food, will do the trick. Ingesting peppercorns along it may help the body absorb turmeric better, enhancing the effectiveness of this method.

Kratom, as well as turmeric, should be taken in moderation. Eating too much turmeric can cause vomiting, diarrhoea and extreme nausea. Additionally, potentiating kratom too much can cause toxicity which can lead to:

Always adhere to kratom dosages to prevent developing a tolerance and potential addiction. It’s best not to take kratom every day and only use it medicinally to treat your ailments, as required.

Potentiating Kratom with Turmeric can be a very beneficial and enticing pursuit. Not only does Kratom become more effective, but also it can save a boatload of money and avoid most of the unwanted side-effects. Nevertheless, it is not without dangers and requires caution. If you want to try the turmeric and kratom potentiation then choose one of the methods in this article for the best possible results.