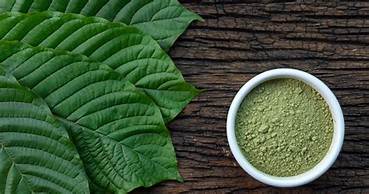 Florida is one of those states in the US that is famous for its multicultural society and a cosmopolitan environment. So when I went to Florida for the first time, I was completely inspired by how welcoming the people of the state were. However, one of the core reasons behind traveling to Florida was to visit different restaurants and bars so I could record my vlogs easily.

One of the best experiences that I had was in a bar in South Florida, where I was offered kratom kava. For those of you who don’t know, kratom is a tropical plant that grows in Southeast Asia. It was discovered early in the 19th century, and more than 5 million people consume it in different parts of the world every day.

Where did I find kratom?

Upon arriving in Florida, I got to know that kratom is legal in Florida, with the exception of one city. However I couldn’t find kratom in traditional shops. One of the locals directed me to a local smoke shop where I bought kratom for the first time. It was quite a nice experiencing smoking kratom like weed. The locals suggested me to visit bars in South Florida to have a diverse experience with the herb. I came to realize that kratom is a part of the lifestyle of the locals of Florida.

However, you must not forget that the legal status of kratom continues to remain disputed, so you must not take the risk of buying and consuming it in public. The best way to buy kratom is to purchase it from an online vendor such as The Golden Monk.

My experience with kratom bars

When I visited the first bar in South Florida, I was astonished to see that they had nothing but kratom on the menu. All of their beverages were economically priced, and I enjoyed my first shot of kratom for only $7. They offered me kratom kava that was in crested with mint leaves on it. They also had kratom smoothie on the menu, but since I’m not a smoothie person, I despised purchasing it. The waiters were quite helpful, and the ambiance of the bar was very nice.

My next visit was to a kava bar in the same city that had kratom infused desserts for the fans of this plant. I didn’t know that one could consume kratom in so many forms. I ordered kratom tea with dark chocolate kratom cookies that were worth the money I paid. This was my first ever experience of consuming kratom as a food. I must say, the first few shots of tea gave a soothing effect to my body and provided a different kind of feeling I had never experienced before.

What are the best ways to consume kratom?

If you like to smoke, you can smoke kratom just like weed. Secondly, if you want to carry kratom while traveling, you can buy kratom infused gummies from many bars and restaurants in South Florida. Though kratom has no medical evidence behind its back, a lot of people consume it.