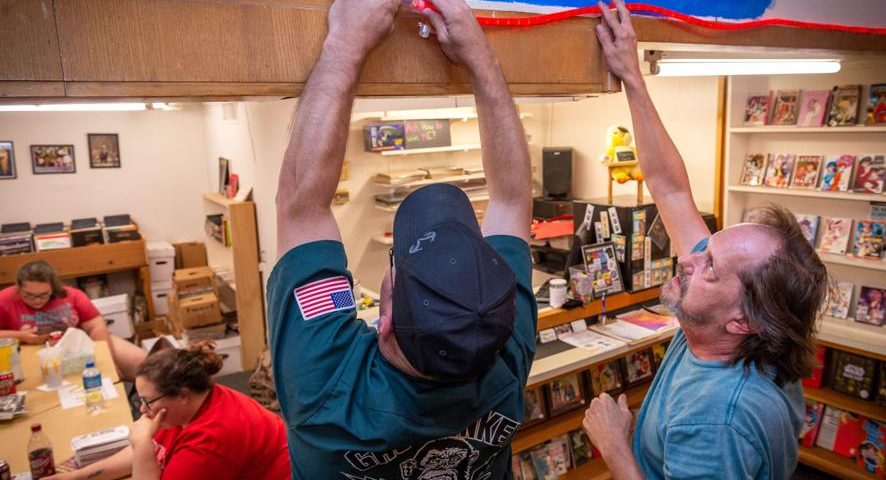 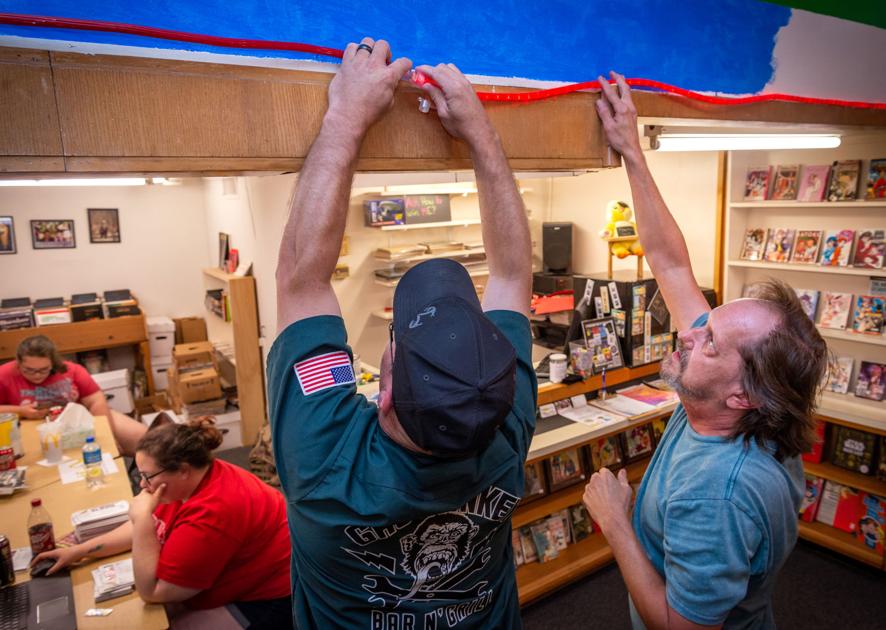 KILGORE — Longview native Mary Kimbell returned to her hometown 18 months ago to be closer to family after working for 15 years in Arkansas.

Kimbell, a 1988 graduate of Pine Tree High School, said she reconnected with a friend from her teens, Daniel Shaw, who graduated a year earlier from Trinity School of Texas.

Shaw, who had owned a restaurant for two years in Woodlawn, asked her whether she wanted to own a restaurant. Kimbell agreed, and they found a spot at 107 N. Kilgore St. in downtown Kilgore that formerly housed The Catch and other restaurants.

Kimbell and Shaw said they plan to be open 6 a.m. to 2:30 p.m. Tuesday to Sunday for breakfast and lunch. Their tentative opening date is Saturday, Shaw said.

She said she chose downtown Kilgore because it is “very quaint, and very community focused. They take pride in their town. We’ve been told we are going to be a blessing to this community.”

The homey, small-town feel also has attracted three new shops in recent months even while the COVID-19 pandemic continues. They add to a mix of downtown businesses that includes restaurants, clothing stores, salons, a gym, insurance agencies and banks.

An existing shop, Wrapped with Featherly Love, moved from 116 N. Rusk St. to 205 E. Main, and Paisley’s changed its name to Josey Wales Antiques & More and moved to the Rusk Street location from where Willow Creek is now based.

Willow Creek owner Donna Ford said she initially opened March 5 but closed the shop after Gov. Greg Abbott imposed temporary restrictions in mid-March to prevent the spread of COVID-19. She reopened May 6.

“I came to Kilgore with the mindset of making new friends, growing my customer base and making a little money doing what I love,” Ford said.

Willow Creek carries home decor and furniture and draws customers from as far away as southern Louisiana and Fort Worth, Ford said. She pointed out handmade items such as an apron made from burlap, soap made from goat’s milk and candles made from soy.

Two doors away, Rick Custer opened Geektopia May 23 at the same location where he previously owned a shop that sold comic books. Custer also founded Geekend, an event entering its seventh year in Kilgore.

“Downtown is a good area, and I like the support of the downtown area,” Custer said.

Custer said he expanded his new shop to carry other “geek-related” merchandise, including pop culture items such as books, T-shirts, Hot Wheels, board games and vintage Star Wars toys.

“We even have health and beauty products,” she said.

Across the street, Ronald and Kristian Brian opened Euphoria Botanical, selling kratom, CBD and natural remedies, about five weeks ago.

“We liked the location,” Ronald Brian said. “It is pretty nice. We were looking at other locations. This one fit what we were trying to do.”

Brian said he and his wife in 2015 began selling kratom wholesale. Kratom is a plant touted for its holistic healing properties but not approved by the U.S. Food and Drug Administration.

“We wanted to be a little broader,” he said. “We want to introduce kratom to more people, letting know about the benefits and properties. That is what we started off with.”

The Brians also make their own essential oils and package kratom products, he said.

Brian said the pandemic caused a “slight delay” in opening the store.

The pandemic also set back Kimberly Pollard, owner of Josey Wales. She vacated 203 E. Main in December after being in business there for about a year.

Pollard said she moved because the Rusk Street location provides better parking for customers who get around in wheelchairs.

She said she changed the name from Paisley’s because potential shoppers thought it sounded like a children’s store. She picked he new name from the 1976 western “The Outlaw Josey Wales,” which starred Clint Eastwood.

“I loved the movie, and I just think it was more catchy,” Pollard said.

The former occupant, Kat Featherly, said she started as a seasonal business during the Christmas holiday period, wrapping gifts. She said she plans to make it year round at her new digs on East Main Street “due to the wonderful response from the community.

Special events are returning to downtown after being absent for months. The Kilgore Main Street Advisory Board is playing a major role by organizing events and working closely with Meredeth Brown, the city’s part-time Main Street coordinator.

The board started the Classic Kilgore Carhop Cruise-In on the fourth Saturdays of the month, drawing about 115 classic cars and more than 300 people at the debut event in May, board member Fred Gebhardt said.

Gebhardt, who opened Kilgore Mercantile & Music in November with wife Vivian at 105 N. Kilgore St., said he believes the carhop set for 5 to 9 p.m. June 27 will draw an even bigger crowd.

He said stores will be open, food trucks will be present and activities will be available for children.

The new merchants seem to be supportive.

“We’re excited to participate in the events downtown,” said Kimbell, the restaurant owner.

Brian said Euphoria Botanical plans to expand by opening a tea bar in a lounge with free wifi access. The store, which is open 10 a.m. to 9 p.m. Monday to Saturday, also plans a grand opening on July Fourth, a Saturday.

The shop also is opening its loft for board games and role playing, McGinnis said.

She said Geektopia also is offering a summer reading program through August for youths ages 5 to 18.

“They can read any kind of book,” McGinnis said. “You have to read five (books), and they can get a comic book or book of their choice for $5.”

McGinnis and Custer also rescheduled Geekend, which took place in May a year ago, to Sept. 19 and 20 because of COVID-19.

Pollard said she plans her grand opening for 11 a.m. to 2 p.m. July 18, and will feature music from Rendered.

She said her big plans are to stay busy and “get this virus out of the way — if we can just hang in there and all this (pandemic) is over.”