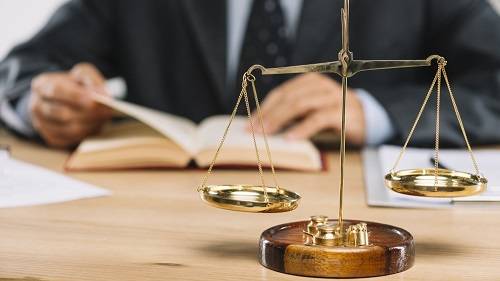 Centuries back when the farmers in Indonesia first discovered Kratom, they were quite happy.

They found something which cured their fatigue and lethargy and alleviated their stress. Those were the good days when Kratom was only used for medical conditions.

However, gradually the world got to know about this supplement. Many were curious to find out the effects of Kratom.

Once they discovered that it causes euphoria and stimulation at low doses, they were enthralled.

This was when Kratom’s use increased in parties and clubs. The FDA and DEA noticed the use of this drug and immediately took action to regulate it and to reduce its recreational use.

However, they failed to produce a scientific basis for the rumors attached to the drug. Many states in America were alarmed at the rumors and started banning it.

The irony is that to this day, not even a single study can relate to the importance of Kratom’s medical importance while there are a million people who take Kratom for Opiate withdrawal, pain management, and depression.

Kratom or Mitragyna Speciosa is an herbal supplement that contains alkaloids which act on the Opiate receptors present in the brain.

Though more than 40 alkaloids are present in Kratom, the major ones are Mitragynine and 7-hydroxymitragynine.

The agonist activity of these alkaloids on the mu, delta, and Kappa Opiate receptors results in stimulation, euphoria, and enhancement of cognitive skills.

At higher doses, the same alkaloids produce analgesia and sedation. Kratom has shown efficacy for Opiate withdrawal, in the management of pain, anxiety, stress, and depression.

It has many medicinal properties, which is brought into use can decrease the use of Opiates and Antibiotics.

What is Kratom’s legal status in the United States?

Kratom is a substance that is obtained from the leaves of the Kratom tree which is native to the countries of Southeast Asia.

Also called Mitragyna Speciosa, it contains alkaloids (Mitragynine and 7-hydroxymitragynine) that act on the Opiate receptors to produce effects similar to Opiates in nature without causing significant addiction, dependence, and tolerance.

The point worth noting is that Kratom toxicity isn’t a real term and no deaths are attributed to the overdose of Kratom to this day.

With these facts on our charts, why is it that Kratom is facing legality issues? The reason is simple; it acts on the Opiate receptors, so it is an Opiate for the FDA and the DEA.

With a scant amount of research on the topic, Kratom has been banned in some states.

Kratom came into the notice of governmental agencies back in 2015 when some overdose cases were reported.

The poison control cases noticed a rise in the use of Kratom and its addiction. This raised some serious concerns.

Though DEA has not labeled it as yet as a scheduled substance however it became a drug of interest.

The FDA did not ban it, and people continued to use it. Then in 2016, many more cases were reported, and the issue of the legality of Kratom across the world was raised.

Kratom got banned in some states, and the Kratom advocates came into action to prevent it from being banned by the DEA and FDA.

However, the DEA added Kratom to the list of Schedule I drug category in 2016. This file contains drugs that produce ecstasies like LSD, heroin, and cocaine.

The decision was taken back when Kratom advocates launched a full-fledged campaign to defend Kratom.

Currently, Kratom is illegal in the United Kingdom, Malaysia, Thailand, and Australia.

Is Kratom legal in your state?

Kratom legality is a major issue in the United States. As you must have observed in the table above that many legislation were put forward but either they were lifted or they weren’t passed in the assembly.

This is because of the efforts of Kratom advocates who are raising awareness about the medicinal uses of Kratom.

If you want to keep the status of Kratom legal in your state and take maximum benefits from the herb, you must play your role in keeping it legal.