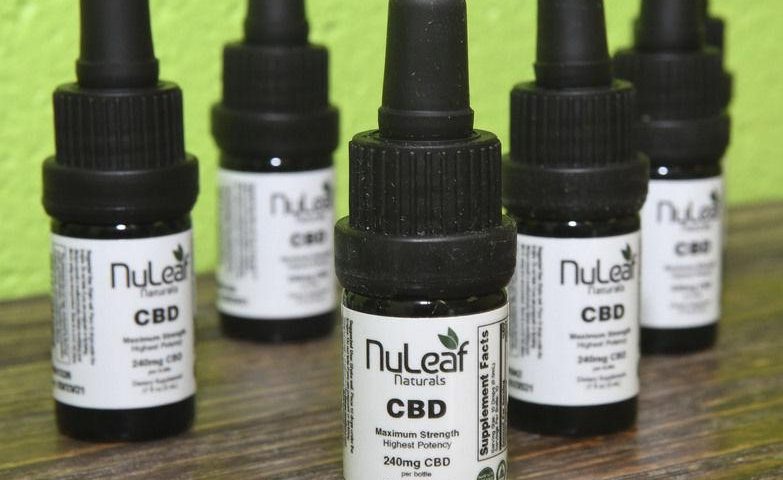 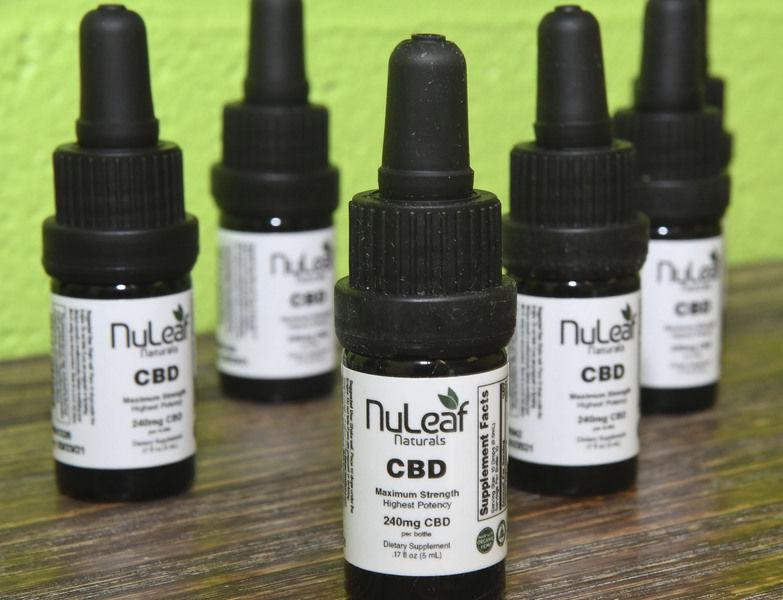 When James Morgan decided to open a business in Beckley about a year ago selling cannabidiol products or CBD, one of his first customers was his 78-year-old mother.

At the time, his mother was dealing with high blood pressure, diabetes, arthritis, stiff joints and also had trouble sleeping.

As a user himself of CBD products, Morgan believed that the products could not only help ease some of his mother’s pain but also improve her quality of life in other ways.

Morgan said it was this desire to help not just his mother but others suffering from physical as well as mental pains that led him to start his own business, Only Organics.

Located at 1320 S. Eisenhower Drive in Beckley, Only Organics opened in August 2019 selling CBD as well as Kratom products, and as the name would suggest, all of his products are organic.

“Organic products don’t have pesticides and I also make sure that none of my oils have ethanol,” Morgan said. “Instead, my oils are CO2 extracted, which is a cleaner way to do things. I even have an oil that only had two ingredients, organic hemp and hemp seed oil and that’s it.”

While CBD products are becoming more prevalent throughout the country since the passage of the Farm Bill signed by President Donald Trump in 2018 which removed hemp from the Controlled Substance Act, Morgan says much of his job revolves around educating the public on his products.

Cannabidiol or CBD is a nonpsychoactive substance derived from a hemp plant. Although it is the second most prevalent active ingredient in marijuana, according to the U.S. Food and Drug Administration, CBD contains no more than 0.3 percent of the active ingredient THC (delta-9 tetrahydrocannabinol).

This means that CBD cannot get a person high; instead, people turn to CBD in hopes of treating other ailments such as anxiety, depression, arthritis, post-traumatic stress disorder, and seizures.

“A lot of people will come in here and be curious about it and in the same sentence say they don’t want to get high and I try to tell them, ‘You’re not going to get high at all from this product,’” Morgan said. “The first thing CBD does is it lowers your blood pressure and that’s what helps with all the stress and anxiety.”

Morgan said he offers a range of CBD products from bath bombs and soaps to gummies and oils.

Also sold at his store are kratom products, an herbal extract which Morgan says can be used to help people withdraw from opioids. He added that it can also be used to treat neuropathy, pain and depression.

“I try to offer a little bit of something for everyone,” Morgan said. “Some people who come here just want to come in here and they want to get something to help them relax. Some people come in here because they are in pain, they have arthritis or back problems. There are a lot of different reasons why people come in here, and I just feel like it’s my job to make them feel as comfortable as I can.”

Morgan says his products, which are all third-party-tested to ensure their quality and safety, come from Oregon, Denver and Charlotte as well as farms in West Virginia.

Whenever possible, Morgan says he makes an effort to buy local products.

Morgan said he is very conscious about the look and feel of his business because he wants everyone who visits to feel at home.

“The median age of my customer is probably 50,” Morgan said. “I try to attract everybody, but I really concentrate on people my age and older because they are the ones that really need the product in the first place.

“When I opened this store, I consciously made an effort not to put any kind of glassware in the store. I didn’t want to look like a headshop,” he says. “Nothing against headshops, but when my 78-year-old mother comes in, I wanted her to feel comfortable.”

In the current climate, Morgan said he is seeing more customers turn to his products to alleviate stress and anxiety.

“Right now, especially in today’s state, I still have my CBD customers but I sell quite a bit of the hemp bud and I have noticed that I’m selling more bud now than any time I’ve been in business,” Morgan said. “I think that’s how a lot of my customers are coping with the times right now.

“Everybody is stressed; nobody knows what’s going to happen. First it’s COVID-19 and now we have riots. It’s some crazy time right now and people want to be reassured.

“So when they go home from work, the first thing they want to do is put their feet up and relax, and that’s what I’m here for, to try to offer that service to people.”

Morgan says he uses CBD salve and oil to help with inflammation and he says products have helped his mother as well.

Although Morgan has seen results in his own life from the use of CBD products as well as in the lives of family members and friends, one of the only recognized uses of CBD by the FDA is for the treatment of seizures associated with Lennox-Gastaut syndrome or Dravet syndrome in patients 2 years of age and older.

However, research into the use and effectiveness of CBD products to treat other aliments is ongoing.

CBD, as with other products that are considered supplements, is not regulated by the FDA and it is advised that people consult a doctor before taking any CBD products.

We are making critical coverage of the coronavirus available for free. Please consider subscribing so we can continue to bring you the latest news and information on this developing story.