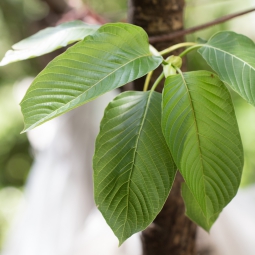 In the past few years, several herbal vendors have shifted to selling an herbal supplement called Mitragyna Speciosa (or simply Kratom). The product is sold in form of powder in capsules or as dried leaves.

From what proponents say, it sounds like a perfect drug in many ways. At low dosages, for instance, it is said to be stimulating just like a strong cup of coffee. At higher doses, it is suggested to be sedating and relieves pain. What’s more, it is derived from a natural plant and has been used in Asia for centuries. In fact, a growing number of American citizens are finding it to be a great alternative to prescription pain relievers.

However, while thousands of pain patients and harm reductionists consider it as a potential path to pain relief and recovery, big media houses such as New York Times have focused on it mainly as a drug of abuse, making it more controversial. So, why is the herb getting negative media coverage? Why is it controversial? Well, before answering this question, let’s first understand a few basics about Kratom.

What is Mitragyna Speciosa?

Mitragyna Speciosa is a tropical evergreen tree that’s indigenous to Southeast Asia and has been used as traditional medicine for centuries. Its exact mechanism of action is still debatable but it is suggested that it contains biochemically active compounds that activate opioid receptors at sufficient dosage levels, which implies that it can be used in pain and mood disorder management.

Over the past few decades, Mitragyna Speciosa has transitioned from an offbeat herb into a mainstream supplement, especially in the pain management space. While the overall sales of Kratom are not well documented, it is estimated that the number of users in the United States alone is between 3-5 million people.

The main reason why Mitragyna Speciosa is so controversial is the nuanced legality of the supplement in the United States as well as the mixed reports by the FDA and DEA. For illustration purposes, here are a few cases worth considering:

It is these findings that are making Mitragyna Speciosa so controversial. However, proponents of the herb claim that the DEA, FDA, and CDC have misinterpreted the potential of the supplement and point to inconclusive reports that the substance can cause harm.  They believe that these organizations are way off in their approaches to Kratom and should rethink their deductions and polices.

There are high chances that Mitragyna Speciosa will be a topic of discussion in the future. Accordingly, more research is needed on the potential effects of the herb. Considering that more users of the supplement would have no quality of life without Kratom, any ban on the substance due to opioid property claims would be irresponsible, a knee-jerk reaction that is likely to destroy the lives of many people.