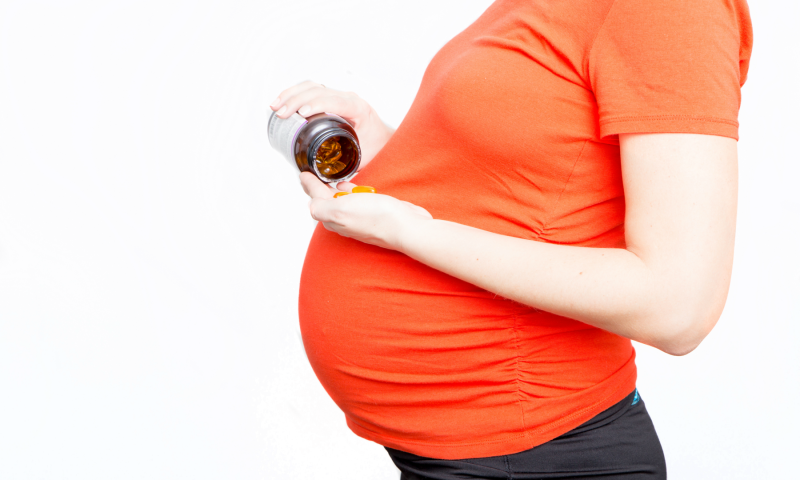 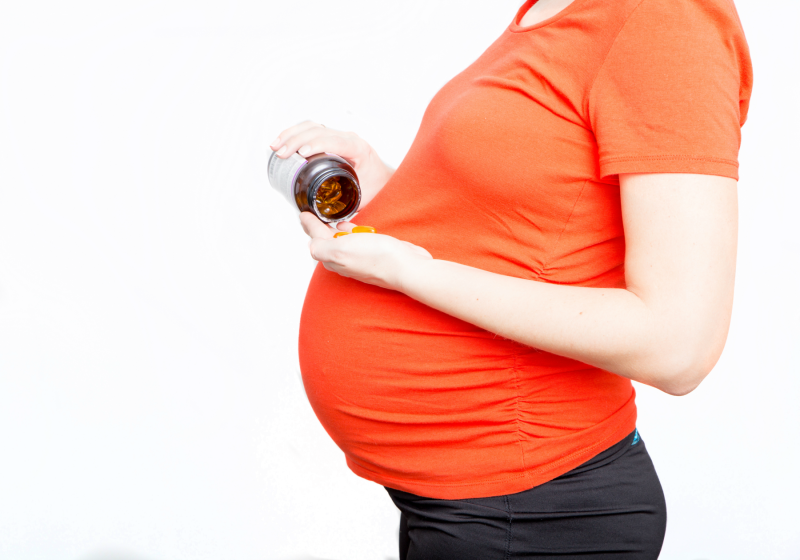 University at Buffalo pediatrician Praveen Chandrasekharan first heard of kratom in 2017 when a newborn girl was admitted to the neonatal intensive care unit at John R. Oishei Children’s Hospital in Buffalo, New York, where he works as a neonatologist. The baby was jittery, had stiff muscles, sneezed a lot, and cried excessively—symptoms of neonatal abstinence syndrome, a withdrawal from drugs they were exposed to in the womb.

Puzzlingly, the girl’s urine tested negative on a toxicology screen for opioids. The 29-year-old mother told doctors that she had been taking an herbal supplement known as kratom in the form of pills to ease her lower back pain while she was pregnant.

Digging into the literature, Chandrasekharan learned that kratom, or Mitragyna speciosa, is an evergreen tree native to Southeast Asia, where people there have taken it recreationally and for medicinal purposes. In recent years, it has become increasingly popular in the US, where it’s sold over the counter in many states as capsules, liquids, or unprocessed leaves that are consumed as tea. Customers take it for recreation, to ease chronic pain, or, among addicts, to wean themselves off opioids.

“There were speculations that [kratom] has opioid effects, so we treated her as we would treat a neonatal opioid withdrawal baby,” Chandrasekharan recalls. The treatment—morphine therapy in gradually decreasing doses—proved effective, and baby and mother were discharged home after two weeks.

The case, which Chandrasekharan and his colleagues described in a paper in April, joins at least four other case studies in North America of infants with opioid withdrawal symptoms born to kratom-using mothers. These reports come at a time when federal agencies are already concerned about adults’ use of kratom, having blamed the herb for nearly 100 overdose deaths nationwide, and are deliberating whether to classify its active compounds as Schedule I substances, alongside the likes of heroin. The case reports of infants now raise crucial questions about the safety of kratom during pregnancy, which are impossible to answer without conducting further research

“We just know so little about it from a research perspective,” remarks Marcela Smid, a maternal fetal medicine and addiction medicine specialist at the University of Utah who manages a specialty clinic for pregnant and postpartum women with addiction. “It needs to be studied.”

Is it kratom or contaminants?

At this stage, it’s impossible to say whether maternal kratom use is responsible for the withdrawal symptoms seen in newborns. For one, this is because some of the mothers in the case studies took other medications. In the case Chandrasekharan observed in 2017, for instance, the mother was taking the anti-epileptic drugs gabapentin and clonazepam, and was also a chronic smoker. In the case report, he and his colleagues wonder about their relevance to the newborn’s symptoms. They cite a study on women who took clonazepam that did not find any withdrawal effects in newborns, but also some reports that describe neonatal withdrawal following mothers’ use of gabapentin. It is difficult to rule out the possibility that these drugs could have had an effect on the baby, Chandrasekharan notes.

The mother said she had taken a 5-gram kratom pill one to three times a day. But as the clinicians didn’t have measures on kratom levels in the baby’s urine, they don’t know how much kratom the fetus may have been exposed to. “There are no studies or evidence to substantiate the amount and duration of kratom use in pregnant women to elicit a withdrawal response in their newborns,” Chandrasekharan writes to The Scientist in an email.

In addition, some products sold by kratom vendors in the United States are known to be impure, the Food and Drug Administration (FDA) recently having found dangerously high levels of heavy metals in a range of kratom products. Also, these supplements can be heavily adulterated with other drugs—“occasionally, even with opioid analgesics themselves such as hydrocodone,” notes Edward Boyer, a medical toxicologist at Brigham and Women’s Hospital at Harvard Medical School.

This could perhaps account for some of the reports in the literature, he says. “If you have somebody who is using kratom, and it was spiked with hydrocodone—which doesn’t appear on urine toxicology screens—how do you know it was the kratom versus the hydrocodone?” To establish that kratom was the culprit, researchers would need to test the product the women were using as well as placental blood samples to verify that newborns are exposed to kratom’s active compounds, Boyer says.

It has yet to be definitively proven that kratom crosses the placenta, Boyer notes. Even if it could, nobody knows what the effect of kratom exposure on the development of a fetus would be. Because of this lack of knowledge, Boyer says, he’d advise against using kratom during pregnancy. But before panicking about the case reports, “we need to do some real science. [So far] I don’t believe that this really has been done to the extent necessary to prove that kratom is the culprit.”

Kratom contains more than 40 different alkaloids, the ratios of which can vary based on the way it is sourced and produced. This makes it challenging to figure out which components could be accounting for any of kratom’s effects, explains Jay McLaughlin, an opioid pharmacologist at the University of Florida. Researchers have begun to investigate the alkaloids mitragynine and 7-hydroxymitragynine, which are produced at fairly high levels in kratom leaves.

For instance, some of his experiments show that at certain doses, mitragynine could be producing analgesia in a mechanism similar to morphine’s, which exerts its pain-relieving effects by acting on the μ opioid receptor. Mice given kratom—or mitragynine or 7-hydroxymitragynine alone—can tolerate leaving their tails above a heated plate for longer periods of time than untreated mice, but this effect vanishes in animals in which the receptor has been genetically removed. McLaughlin presented the research at the International Narcotics Research Conference earlier in July.

Complicating matters, kratom’s components may have multiple mechanisms of action, and their effects can vary depending on the dose, McLaughlin adds. Accordingly, users report that kratom’s effects vary heavily depending on how much they take, Boyer adds: “At low doses, it’s somewhat of a stimulant and it keeps you awake, it gives you energy, and makes you want to talk. . . . At higher doses, however, it has opioid analgesic effects.”

Whether kratom is addictive is also an open question. Some of McLaughlin’s unpublished data suggest that kratom may not be addictive: when given the choice, mice that had routinely received the drug in a particular environment do not preferentially spend time in that environment, indicating that the herb has no reinforcing effects (whereas mice on morphine do). On the other hand, a study published last year found that while mitragynine is not abused by lab rats, 7-hydroxymitragynine does appear to have a reinforcing effect. “We need a lot more work on this,” McLaughlin notes.

Smid recalls a pregnant woman who visited her clinic last year reporting withdrawal symptoms when trying to come off kratom. “She had been using heroin, and got herself off [it by] using kratom, and then started to come off the kratom,” says Smid. The withdrawal symptoms indicate that the patient was physically dependent on kratom, that is, her body required regular intake to avoid withdrawal symptoms. However, they don’t mean she was addicted to it, defined by compulsive drug-seeking behaviors and an inability to stop using a drug despite its harmful effects. Rather, Smid’s patient was using kratom to treat an underlying addiction to heroin.

She treated the patient’s dependency successfully with opioid replacement therapy. The baby suffered mild opioid withdrawal symptoms after birth, which Smid says is likely due to the mother’s replacement therapy. Now a year old, “[she] is totally healthy now, meeting all her milestones, walking around,” Smid says, who described the case in a report last October.

Reports such as Smid’s and Chandrasekharan’s have caused some concern in the kratom community, according to Casey Rae Cornelius, a 31-year-old from New Jersey who is part of a private Facebook group of kratom-using mothers. “The moms in the kratom community are always worried about it but often times they feel it’s a better option than narcotics,” Cornelius writes to The Scientist in an email. Some may take it to treat pain, or sometimes to wean themselves off opioids once they learn they are pregnant. Although she knows of instances where newborns have suffered opioid withdrawal symptoms, “most of the time the babies are born happy, healthy and with no problems,” she writes.

“Most of us believe that the government wants to ban kratom because more and more people are choosing it over pharmaceutical drugs,” Cornelius explains. “That said, whose studies do we trust? This plant has been taken for at least hundreds of years in Indonesia and other Asian countries without any real harm,” she adds.

Smid notes that many women may take kratom simply because it tends to be cheaper than doctor-prescribed medications. “I think we have to take this into the context of also our broader healthcare system where there are millions of people who are underinsured or uninsured who don’t have access to other pharmacotherapies or other behavioral interventions.”

Cornelius took kratom herself at eight months into pregnancy with her first child when she began to have kidney stones, she writes. Her doctor “wanted to put me on narcotic pain meds but I was afraid to use them. I chose to use the kratom instead [because] I felt it would be less harsh for the baby,” she writes.

Smid is concerned about the apparent disconnect between the widely held belief that kratom is harmless during pregnancy and scientists’ limited knowledge about its safety. When she was writing up her case report, she visited a local smoke shop to take a picture of kratom for her paper. The employees told Smid they often have pregnant customers, whom they tell that kratom is entirely safe during pregnancy, she recalls. “I don’t think this is as benign as people are making it out to be. . . . It’s very warranted to really investigate it.”

The bottom line: a need for more research

To that end, Smid is currently preparing a study to get a better handle on the extent of kratom exposure during pregnancy. She plans to develop a cord tissue assay for mitragynine, which she intends to use on 1,600 women in Utah. Right now, there are no data on the number of pregnant women who use kratom: doctors don’t ask, and women may be reluctant to report out of fear their doctor will shame them or call child protective services, Cornelius adds.

Medicinal chemist Chris McCurdy from the University of Florida has begun to study the effects of kratom during pregnancy, and hopes to obtain federal funding to accelerate those studies, he writes in an email.

Some states, such as Alabama, Wisconsin, and Tennessee have already classified the herb as a Schedule I controlled substance. “Schedule I is a tough call,” because it indicates that federal agencies consider a substance to have no therapeutic value, McLaughlin says. Listing something as Schedule I at the federal level, “as we’ve seen historically, sometimes makes it harder to get the answers that people would like to have to make good decisions.”

Researchers are not only investigating kratom’s potentially harmful effects, but also its value in treating opioid withdrawal. “It could have these other modes of action that could be potentially beneficial if we learn how to capitalize on it,” McLaughlin explains. In 2017, the US saw 70,000 drug overdose deaths, in which opioids were involved two-thirds of the time, he notes. “If kratom can help save even ten percent of those people, that’s worthwhile.”