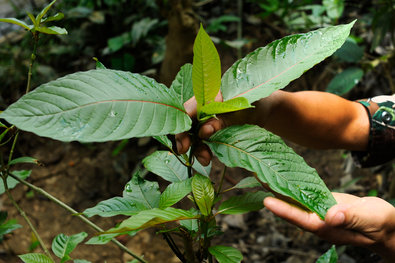 Mitragyna Speciosa or kratom comes in other popular street names, such as Ketum, Thom, krypton, and Thang. The lush evergreen, deciduous tree, which is part of the coffee family, originates from southern Asia. The plant grows naturally in some parts of central Asia, including Thailand, Indonesia, and Malaysia, among other locations.

The native tribes of southern Asia have been using Kratom leaves as a stimulant for centuries. They also used the leaves to treat coughs, diarrhea, gut infection, and fatigue.

With time, the famous medicinal tree has slowly advanced in usage. It is now a recreational drug in some parts of the world, including southeastern Asia and the United States.

Currently, kratom is a legal drug in most American states. However, the FDA released an advisory on the harmful effects of continued drug usage despite its many alleged beneficial impact.

Because there is no clinical evidence to support the reported benefits, scientists are currently undertaking more research to determine the drug’s effectiveness, safe dosage, possible interactions, and potentially harmful effects, if any.

The following are some of the common uses of Mitragyna Speciosa:

One of the vital usages of the kratom drug is for pain relief.  Recent studies done on users reveal that kratom extracts are effective in alleviating various forms of pain. The mitragynine and 7-Hydroxymitragynine elements found in the plant are responsible for blocking pain in both humans and animals.

Moreover, after administering kratom extracts, the animals demonstrated a reduced response to painful stimuli such as tail-flick and hot plate.

Besides,  subjecting the rats to a high dosage of the drug demonstrated reduced muscle and nerve function. The drug blocks exposed sciatic nerves from responding to the electrical stimulation at the nerve-muscle junction.

Most people use the drug to treat several mental conditions, including anxiety and depression. Studies reveal that Mitragyna Speciosa can be useful in the control of social anxiety. Subjecting the drug to rats, both in low and high quantities, reduced stress and anxiety levels.

The drug contains elements that stimulate antidepressant-like effects on the user.   Scientific studies reveal that these effects come as a result of kratom’s action on opioid receptors.

Besides, the drug interacts with the body’s adrenergic and serotonergic receptors to reduce the stress and anxiety levels. Although there are no well-controlled human clinical trials to establish the effectiveness of the drug in the management of anxiety and depression, still more and more people are using the medicine to manage their social conditions.

In a recent survey done in northern Malaysians, most users reported using kratom to enhance their physical strength before or after energy-demanding activities.

They consumed kratom as an energy-boosting drink to enhance their energy and overall work performance. Other surveys reveal an increase in energy levels as one of the benefits of consuming Mitragyna Speciosa.

The drug can cause stimulant effects in both animals and humans. It is also instrumental in holding off fatigue and giving rats a small dosage of mitragynine results in reduced non-stop movement. Decreased hyperactivity is a common characteristic of a high level of physical energy.

People seeking to get ‘’high’’ also use Mitragyna Speciosa. Studies reveal that several users in northern Malaysia use the drug purposely for euphoric reasons.

However, euphoria may trigger kratom’s addiction potential in both animals and humans. The properties found in the drug are known to activate opioid receptors in users leading to addiction. With continued usage, you may require an increase in the dosage for you to experience the desired euphoric feeling.

People have widely used the drug as an alternative to opium since the early 19th century. If consumed in high doses, this drug induces morphine-like effects on the users. People experience instant sedation after using kratom in high dosage.

This explains the reason behind opioid abusers’ preference for kratom as an effective treatment of addiction and withdrawal symptoms.

The popularity of kratom with opioid abusers seeking relief from withdrawal effects has been on the rise. It is easy to access the drug since it doesn’t need any medical prescription, and it also comes cheap when compared to other available opioid replacement drugs.

Studies reveal that kratom is effective in reducing symptoms of opiate withdrawal by effectively interacting with opioid receptors in your brain stem. They also block neuron calcium channels in your mind.

What is kratom’s dosage?

There is no recommended dosage for kratom because the drug is yet to be approved. But studies on users reveal the following effects which you may experience after using the drugs in different dosages:

Can I overdose on Kratom?

There is a high risk of users overdosing the drug. The DEA has put Kratom on its list of drugs of concern due to its toxicity and overdose risk. The following are the signs and symptoms of the drug’s overdose:

The risk substantially increases if you consume alcohol and take the pills at the same time. If you are using the medicine alongside narcotics, the risk of overdose rises significantly.

Are there risks of kratom addiction and withdrawal?

The euphoric feeling that may come with being high may lead to addiction. You may develop a physical dependence on the drug if you use it for long periods.

Besides, when you use the drug for a long time, then you may experience severe side effects when you decide to stop using it. The withdrawal side effects include:

Finally, several benefits come with the usage of kratom. From users’ experience, the drug is beneficial as it provides pain relief, reduces anxiety, and in the management of opioid withdrawal. However, more research is being undertaken to make the drug safer for use by all people of different ages.